What’s in a Word?

As you may know, 2015 is a special year for us here at ARTÉMIA as it marks our twentieth year in business. As a result of that, we’ve been spending some time reflecting on what has changed over the last two decades and how that has influenced how we talk about ourselves to clients and our wider community.

In 1995, the online world was in its nascence so we certainly didn’t call ourselves a “digital agency” back then. The keyword twenty years ago that described our agency’s client-focused approach and tailored services was “boutique.” That word has pretty much disappeared from the agency landscape now, and with good reason. “Boutique” became so overused as to be meaningless – and not just within the communications world. If a 400 room hotel can claim to be “boutique” it’s time to step away.

Yet it strikes me now that the same thing is happening again with a clamor towards “owning” the digital space – if you’re not “disrupting” or “life-hacking” then what are you doing? Obviously the advent of SEO has us somewhat at the mercy of the all-important keywords, but for my money there is a case to be made for using language that is honest, authentic and breaks from the confines of a narrow profile.

This was brought to mind when I read an interview this week with San Francisco chef Melissa Perello. Melissa is head chef and owner of Frances, one of the hottest restaurants in the city, or as the San Francisco Chronicle notes, “one of the toughest reservations in town.” She was discussing the opening of her second restaurant, and with refreshing simplicity, described her restaurant style as “quaint.” A quick look at the Frances website will show you that Melissa Perello’s “quaint” is not the oppressive flowery chintz of an old Sonoma inn, but rather the dictionary definition of being “skillfully or cleverly made.” In a city with so many high-concept restaurants – and so many closures for that matter – there is real elegance and honesty in the use of that unexpected word by her.

So my takeaway is this: it is the authentic voices that speak most clearly. People flock to Frances and will no doubt fill the new restaurant because it is a consistently excellent experience that has been “skillfully and cleverly made.” No matter what industry you are in, it really does come down to delivering on what you say you will do – and being real. “To thine ownself be true” as the Shakespeare quote goes, and this is where true originality in communications comes from. As the tagline from the latest Android commercial neatly puts it, “Be together. Not the same.” 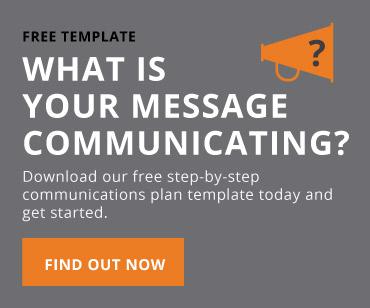