What Apps Tell Us About Digital Marketing Success

Has your company entered the app market yet?

From banking to social media platforms, to local cinema listings to gaming, there is literally an app for everything and everyone. In just a few short years, the app industry has emerged and grown into a major force – and is now famously ‘bigger than Hollywood.’

New apps appear at an incredible rate: more than 40,000 new apps are released each month, creating a highly dynamic market place. In fact, nearly half of the current top 100 apps didn’t exist a year ago.* Yet achieving success in such a crowded market remains elusive for the majority. According to recent research from Nielsen, the average U.S. smartphone user accesses around 27 apps per month, a figure that has remained unchanged over the last few years despite the plethora of new apps in the market, and overall, more than 70% of the total usage comes from the top 200 apps.

So what is the secret to the success of that elite group of companies producing winning apps?

The category your app serves has a lot to do with it. Nielsen reports that the entertainment category (including the subcategories of music, sports, gaming, etc.) has been key in driving increased app usage. There are obviously a range of other factors including price, brand awareness, usability, sociability and so on, but new research from Adobe suggests that it may be something companies are doing beyond the app itself to achieve success – understanding the market by investing in mobile app analytics.

In a recent ARTÉMIA blog, we discussed the key imperative in digital marketing to move away from an insular “push” mentality and lead with a customer-centric, holistic approach that is informed by a deep understanding of the competitor landscape. This is another trait of digitally successful companies identified in the Adobe research – organizations who adapt to the consumer, and understand that mobile presents a key channel for interaction and engagement, fare far better than those who don’t, garnering a mobile conversion rate 12% higher than average.

A further key to success is the recognition of the need to continually move forward, test and re-test, and re-iterate to ensure you are continually meeting (and ideally exceeding) your consumers’ needs. Speaking at a Bay Area tech conference earlier this week, Blackberry CEO John Chen admitted that the company’s dramatic fall in fortunes came from its reluctance to change, saying, “You need to recognize the fact that you must change. Forget about today’s market. The more important thing is what do you believe that the market beyond looks like.”

Whatever stage of digital marketing maturity your company is in, we’re here to help. Make 2016 the year you harness the full power of digital for your company, and stay one step ahead of the competition. To discuss your requirements, please get in touch today. 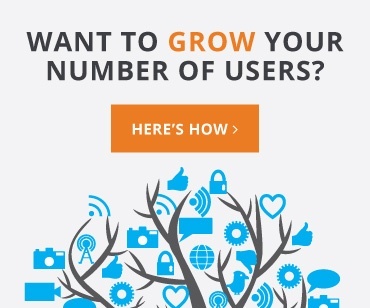