You may have read this week that financial giant JP Morgan Chase has decided to opt out of voicemail for all but a small percentage of its employees, citing cost saving, diminished usage and a move towards automated service as the primary reasons. According to a report from NPR, voicemail services cost $10 a month per line, and with 135,000 workers in its retail division, those costs – even for a global behemoth like JP Morgan Chase – soon rack up.

The financial company is not alone in this move. At the end of last year, Coca-Cola also eliminated voicemail use from its headquarters in Atlanta, but instead of being about cost-savings (as the report from Bloomberg Business notes, total savings would only be around $100K per year) it was a decision driven overwhelmingly by lack of usage.

In both cases, the proliferation of smartphones is mentioned as an accelerator for the move away from voicemail, and one which is being driven most forcefully by the younger generation – a trend that was picked up by the New York Times as far back as 2008. In this report from April 2009, research findings of telecom company Sprint from the previous year noted that 91% of people under 30 respond to text messages within the hour, and they are four times more likely to respond to texts than voicemail messages within minutes.

While the rejection of voicemail by millennial “smartphone-natives” isn’t a surprise – and as far as personal communication goes, doesn’t really raise an eyebrow – as a consumer and business owner, the news of major corporations moving away from voicemail gives me pause. I’m sure we have all had those frustrating experiences where you have a very straightforward query or issue to be resolved but are re-routed through a labyrinth of automated messages listing options, none of which are relevant to your case. And as annoying as being placed on endless hold can be, even worse is a recorded voice saying no-one is available, and then having the call abruptly end. Indeed, the head of a PR firm, mentioned in the NPR article, whose company had eschewed voicemail around three years ago admitted, “But our clients forgot [there was no voicemail] and they said, ‘Have you gone out of business? What’s happening? What’s going wrong?'”

As a business owner, this points to one of the key problems of this move. If there isn’t a viable alternative for people to get in contact, then this could be disastrous in terms of good customer service. Particularly within the early stages of a business relationship, it might feel odd or inappropriate or just plain inconvenient to text. Or there’s a situation that is better articulated vocally, rather than in email. Whatever the case, the customer or client should never have to struggle to get in touch. To my mind, accessibility and putting a face to a name has always been one of the key strengths of SMBs which also creates that crucial accountability necessary for building strong relationships.

Ultimately, we all want to be more productive, and I am all for initiatives that facilitate that. But I think it’s important not to lose sight of the impact our decisions have on the people we are there to aid.

As ever, I’d love to hear your thoughts on how your customer interaction is changing. Email, call or leave me a message – I’ll be sure to be in touch! 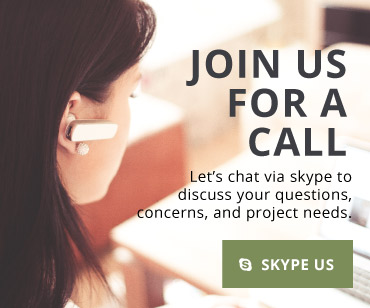