Twitter and Media Convergence: The “Old” Rejoins the New

This week has been another difficult one for Twitter, whose share price dropped by 10% after their third quarter results revealed that, for a second quarter in a row, the company failed to add new users. With a user base of 66 million, they can still claim to be a major player in social media, but with Instagram having reached 400 million users, it’s a platform with a lot of work ahead of them.

Since Jack Dorsey re-took the helm of CEO recently, he’s been quick to introduce new changes, not least the widely reported layoffs largely impacting engineers to help Twitter become a more efficient, user-friendly service (and the number of “Twitter 101” guides that keep popping up online suggest that it’s the right direction to go). Following the disappointing Q3 results, Dorsey has been quick to address the lack-of-new-user problem by turning to old media and investing in TV ads to drive traffic.

The ads, which started this week, will air during the World Series baseball championships, and continue over the coming weeks. This isn’t the first time Twitter has made a foray into TV; back in June 2012 as reported in FT.com, Twitter created a tie-in with NASCAR where drivers live-tweeted from within the event, and then supported the collaboration with TV adverts. Portentously, the same report highlighted the unease that advertisers felt about the risk of abusive tweets in response to their posts, something that former CEO Dick Costolo highlighted earlier this year by succinctly saying, “We suck at dealing with abuse.” It will therefore be interesting to see how Jack Dorsey tackles this major issue.

But it’s not just under-the-gun tech firms that are looking to TV ads to shore up their market share and attract new consumers. Dollar Shave Club, the hugely popular subscription-based razor company – whose videos have already racked up millions of viewers on YouTube – is now turning towards traditional TV. Currently the online leader, with a company valuation of $615 million and two million paying subscribers, Dollar Shave Club is now facing increasingly heated competition from established and cash-rich brands such as P&G.

Using TV-centric events such as NASCAR and the World Series, as Twitter and Dollar Shave Club are doing, to inhabit the same space as its global competitors – albeit on a smaller scale – can be a very smart use of ad dollar spend. What this media convergence underlines, once again, is the importance of an integrated marketing plan based on data points to be where your customers are, whether that is “new media” or “old.” 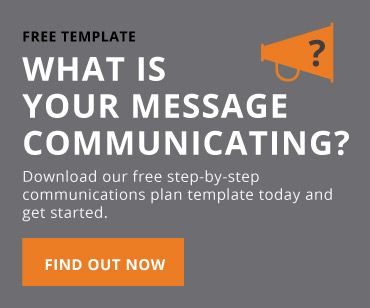