The Face Of An Engineer – Lessons in PR

There have been some big personalities dominating the headlines this week, but the person that most caught my attention was a woman called Isis Anchalee, an engineer at the tech firm OneLogin. A self-confessed “extreme introvert” Isis was therefore the unlikely star of a story which in a very real and specific way hit at the core of the tech industry’s diversity issue.

If you’re not aware of the story, here’s a brief summary. Isis appeared in an ad campaign for her company, with a photo of her alongside her job title (platform engineer) and two sentences about what she loves about her role. These ads appear in several BART (the Bay Area’s light rail system) stations around San Francisco. All good so far.

However soon after the ads appeared, Isis’s friends started messaging her letting her know that her image – and the fact that she was an engineer – was being commented on both positively and negatively by people she didn’t know on places like Facebook. Stunned by this unsolicited reaction (the negative comments centered on how as a young, attractive woman she didn’t “look like an engineer” and implicitly therefore, couldn’t really be one), she decided to blog about her experience and the experience of being a female engineer in general. Isis ends her post by asking fellow female engineers to post photos of themselves to Twitter with the hashtag #ILookLikeAnEngineer. Over the past few days, the hashtag has taken off (with support from both men and women). If you’re looking for a quick blast of inspiration, I urge you to search the hashtag and see for yourself.

This really is a story for our times. It shows the unpredictable side of social media – how challenging it can be and how pointless stereotypes are; a disconnect in a connected world. But it also highlights social media as a power for good. With great courage, Isis has been able to take positive ownership of the narrative and even create something of a movement. Indeed, there is even an Indiegogo campaign to get #ILookLikeAnEngineer billboards put up around San Francisco, supported by branded t-shirts, stickers and socks as rewards – how’s that for coming full circle?

To my mind, it’s also an example of a great PR campaign. Isis moved the story on. She “stepped out of the billboard” not to engage with those who attacked her, but to tell her story – and those of many like her – in a powerful, deeply human way. She reframed the conversation to make it about achievement, not aesthetics, and in doing so made the initial reaction to her OneLogin ad look small-minded and senseless. There is nothing gimmicky about #ILookLikeAnEngineer, in fact its strength comes from its simplicity and clarity. In a world often filled with bluster and loud voices, I celebrate when restraint and dignity make the biggest impact.

If you’d like to talk about your company’s PR needs, as ever please get in touch. 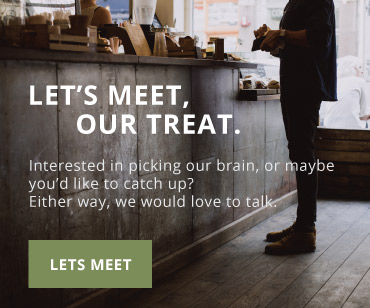