ESG: Why you need a strategic communications plan
ESG Reporting: What it means for businesses
CSR, ESG and Sustainability: What's the Difference?

Over the past 20 years since it first started selling books online, it’s fair to say that Amazon has changed the face of the book industry almost beyond recognition. From driving down book prices, to pioneering the power of consumer reviews (vs. professional critics) to spearheading the sale of ebooks through the Kindle device, no stone in the industry has been left unturned and Amazon continues to lead tech trends.

This week, the company took another left turn and opened its first physical bookstore in University Village, Seattle. While this may seem like an odd move for a company who has dominated online, and has been the bane of brick and mortar bookstores the world over, it actually makes a lot of sense. There has been much written in the media about Amazon’s race to make its delivery times ever shorter, using drones and other methods, and with a physical store, Amazon can finally offer consumers what other bookstore competitors have always been able to do: instant purchase gratification.

But where Amazon thinks they have the winning edge – and let’s face it, if this store fails the impact on Amazon’s business would hardly be felt – is in the mass of data insights it can bring to curate the most popular (and therefore sell-able) collection of titles. As the Seattle Times reports, it will not only stock best-sellers and those titles with the highest reader ratings (even those that might not have the sales to match) it will also use data to provide a selection specifically tailored to what the best selection is for Seattle. This may cause some retailers to raise weary eyebrows. Any good bookstore should be attuned to what will and won’t work in a local market, but with the bank of data Amazon has behind them, their margin for error is drastically reduced.

What this move really points to is a general consumer shift towards enjoying the physical versions of products once more. In a recent blog, our CEO Barbara Wichmann touched on the decline in ebook sales over the first five months of this year, and UK book chain Waterstones recently announced that it had stopped selling Kindles in virtually all of its 280 stores due to lack of sales. As it has been variously pointed out, another tech behemoth, Apple, has created a very successful model of using its stores to build its brand and drive sales. Can there be a more powerful image of consumer demand than the weaving lines of people lining up through the night for the latest Apple product release? While Apple stores have a single brand identity to push, and Amazon has become the site where you can seemingly buy almost anything, it will be interesting to see if a physical retail store strategy unfolds for Amazon, or whether this is their version of creating buzz (and grabbing headlines) with their own version of a pop-up-style store. 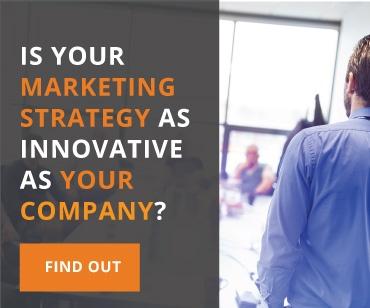