Over the past few years, “sustainability” has been the buzzword for businesses of all sizes and from all industries – for many, green has become “the new black.” This is of course good news, as it suggests sustainability is becoming a fundamental business practice where the discovery of better and more efficient ways to utilize scarce resources is a priority.

However, unfortunately all is not always what it seems. Indeed, paying lip-service to being sustainable while acting otherwise at one point became so widespread that a new term was created to define it: “greenwashing.”

Of late, the most crushing and widespread example of this is the scandal at Volkswagen, and their admission of using software in their diesel engines that could detect when the car was being tested or not, adapting the performance accordingly to improve results. To use their words, they “totally screwed up.” What compounds Volkswagen’s woes is that for years, they have promoted the eco-cleanliness of their cars via multi-million dollar advertising campaigns.

Although perhaps the most high profile case in the automotive industry, Volkswagen was not the first. Back in 2008, Renault had an advert for its Twingo car banned by the Advertising Standards Authority in the UK for exaggerating “the environmental benefits” of the vehicle. It’s hard to say whether this had any latent effect on the poor demand for the electric version of the Twingo which was due to have launched last year – but it certainly didn’t help.

Inevitably, since the Volkswagen issue came to light, the spotlight has turned to other industries and their eco-focused claims. Last week it was reported that some Samsung TVs in Europe “appear to use less energy during official testing conditions than they do during real-world use” and although the company strongly refutes any similarity between their alleged issues and the events at Volkswagen, the fact of having to do so is hardly an ideal PR situation.

One of the challenges to becoming authentically committed to sustainability practices is that “sustainability” remains a largely loosely defined and regulated term (which in part is why  we at ARTÉMIA secured ISO 14001 Environmental Management Certification and San Francisco Green Business Certification). So to that end, many major corporations have taken it upon themselves to find ways to publicly hold each other responsible. For example, the Cool Farm Institute initiative brings together industry heavyweights such as Unilever, PepsiCo and Heineken to create greater industry collaboration on agricultural sustainability.

The key takeaway here, for businesses of any size, is transparency. So how do you begin? Start by defining priorities, setting measurable targets, evaluating costs and benefits, and then create consistent incentives. Share your sustainability goals with every member of your company at every single level. Look to collaboration opportunities within your supply chain with the same spirit of openness. A true commitment to sustainability is a win for us all; the time to act is now. 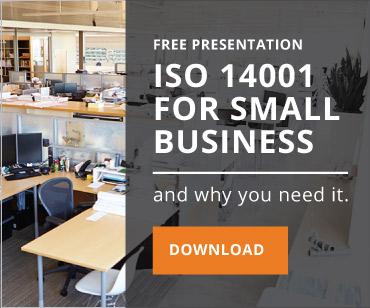