As transportation innovations occur in speed and accessibility, our opportunity to see the world increases. As populations grow and technologies improve, it is crucial that we maximize efficiency for this travel to become more sustainable. After all, 28% of U.S. energy is currently used to move people and goods from one place to another.

The following trends point to a promising future of sustainable travel that will continue to open up the world in cleaner, friendlier ways.

Huge advances are poised to emerge in the solar and transportation industries, including some examples of what could be accomplished with research and development. With Tesla’s proposed acquisition of Solar City, signs point to a merger of Tesla’s battery storage capabilities and the solar energy company’s expertise in power generation.

One team in Australia has already developed a solar-powered vehicle that generates more energy across the course of a year than it actually consumes.  The University of Michigan has been competing in solar car races for 25 years, emerging as America’s number one team just last year, with a car powered wholly by the sun and driven carefully according to solar radiation levels. Ford, too, has worked in recent years on a concept car powered by the sun for everyday use.

The solar industry is already up 24% over 2015, and mounting interest and investment shows all the promise of real results in the coming years, and a truly sustainable form of transportation.

Electric cars have already broken into the market in a big way, and in the first quarter of 2016 sales increased by 42% globally. Some even predict that by 2040 electric vehicles will make up 35% of global new car sales.

In 2012, the Obama administration issued new rules that would require automakers to improve the average fuel economy of new cars and trucks to 54.5 miles per gallon, starting with the 2025 model year. This is nearly double the current standards, but many automakers are already rising to the challenge, with 10% of new cars already meeting the target for 2020. Ford’s F-150, 2.7 liter, turbocharged V-6 pickup, the “EcoDiesel” Ram 1500 truck, and Honda’s four-wheel drive CR-V are a few of those  models.

For many geographical locations, private car ownership doesn’t make nearly as much sense as it used to. Experts have confirmed that the majority of cars remain parked for 95% of the time. Transportation advisor Paul Barter discusses how a shift away from mass car ownership could result in “huge parking space savings,” which could lead to cities that are less dense, more efficient, and more livable.

Zipcar, one of the largest carsharing networks in the world, put it best when they imagined cities with more green spaces and fewer parking ones: “Save paradise and tear down that parking lot.”

The world’s first electric highway, or “E-Highway”, opened up in Sweden just this month, after several years of cooperation between the Swedish Government and public and private sectors. The technology combined a pantograph power collector mounted on the frame behind a vehicle’s cab with conductive technology placed in powerlines above the right-hand lane of the road.

In the Netherlands, the world’s first solar roadway opened in November of 2014, and continues to produce more energy than expected. Built for bike traffic, this 230-foot stretch of road reflects the environmentally-friendly message while embracing the cycling culture of the country.

France announced intentions to pave 1,000 km of its roads with solar panels over the course of the next five years, a plan which intends to supply power to millions of people. According to their calculations, “1 km (of solarized road) will light a settlement with 5,000 inhabitants,” meaning the project would bring electricity to 8% of the French population.

The U.S. will get to take its turn when part of Route 66 in Missouri becomes the testing site for solar paving technology. The state’s transportation department hopes to have the solar roadway up and running by the end of the year, and welcomes the chance to bring “the history and the future together” along this iconic highway.

Biofuels for the Aviation Industry

In 2013, the aviation industry began to make efforts to reduce carbon emissions and move away from use of fossil fuels. In the years since, the National Resources Defense Council has conducted an annual report of the airlines to assess how they are progressing in attempts to utilize cleaner energy. 19 airlines responded this year, and were categorized as “leading,” “advanced,” or “basic”.

This scorecard also included recommendations for improvement, including a goal of total transparency in aviation biofuel volumes, GHG emissions, and sustainability certification, and a public commitment to specific usage of sustainable aviation biofuel.

Transportation is the second largest producer of greenhouse gas emissions, with highways dominating at more than 83% of total transportation energy. Across 169 continuously monitored areas, the total “very unhealthy” air quality days numbered 361 in 2014, compared to 291 in 1990.

Yet these trends give hope for cleaner, greener, and more sustainable travel and transportation in the future. 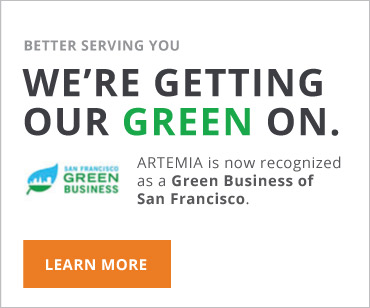