Europe’s biggest tech show for consumer electronics, the IFA or “Internationale Funkausstellung Berlin” is finishing up this week. Each year, the world’s biggest tech brands show off their new products and latest innovations to the public, and help set the direction of the industry.
Here are the different high tech trends and hot topics from this year’s show:

Connected Living
The smart home sector and all the devices that goes with it is very popular at IFA 2015. Research and innovation in this field are currently exploding.
The Samsung sleep sense is a sensor that’s primary goal is to optimize your sleeping time by monitoring different health variables such as the user’s heart rate, breathing and movement in bed. As soon as you fall asleep, the device will turn off the television, lower the lights, and turn down the air conditioning.
Samsung will also have a smart coffee machine that can be set to start when you wake up in the morning or even after work. Hue lights by Phillips are also making a splash by allowing people to wirelessly control the lighting in their home through an app that is also compatible with Apple’s HomeKit platform.

Smartwatches
A good number of high-profile new smartwatches made appearances. Looking more fashionable and more optimized for day-to-day use, the one that got the most attention was the Samsung Gear S2. It comes in two variants: standard and classic. However, the new Sony Wena watch also garnered attention with its built-in sensors and NFC chip for contactless payments.

Smartphones
The Xperia Z5 Premium will be the first smartphone in the world with a flattering 2160 x 3840p, or 4K, resolution. The general mindset in the phone industry right now seems to be “the bigger, the better” in terms of handset size, so there is full slate of phones with each generation being larger than the last.

Next Generation Television:
LG has unveiled a 111-inch, double-sided 4K TV that allows two viewers to watch different sides of the television simultaneously. LG also unveiled a wallpaper TV and a curved 4K TV. Wallpaper is an adequate term since the television uses magnetic backing to attach itself to walls and the OLED display has a thickness less than 1mm. An HDR (standing for high-dynamic range) image provides a higher level of contrast between light and dark colors, making the whites whiter to create a more realistic picture. Finally, tech giant Samsung has announced the world’s first ultra-high definition Blu-ray player that will be compatible with 4K “ultra” HD televisions that will also be able to play on HD televisions.

Lots of exciting new consumer technology is coming out. While CES in January may be the most important high tech trade show, the IFA Conference lands at a much more ideal time – just in time for the holiday buying season, and there is a lot to look forward to giving and receiving this year for gadget geeks of all types. 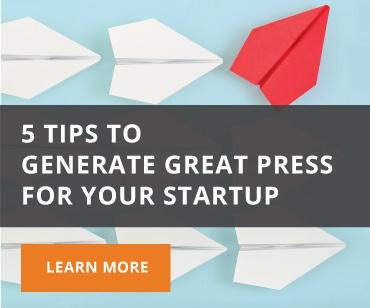