According to recent research from Adobe, 24% of companies across all industries report disruption from new competitors moving into their industry, and 58% of companies expect to face increased competition from startups enabled by data. One industry that has perhaps been more susceptible than most to disruption and challenge, from competitors that simply didn’t exist a short time ago, is healthcare.

As we wrote about previously, 2015 has been an unprecedented year for mergers and acquisitions in the healthcare industry as companies make sense of an industry transformed by the twin factors of the Affordable Care Act and the intersection of healthcare and IT – of which Google’s newly formed company Alphabet is set to play a major part. As reported in the LA Times, over the past few years Google has been recruiting experts in life sciences and pairing them with their best minds in software to focus specifically on healthcare issues, an endeavor which with the creation of Alphabet will now become a distinct company under that umbrella.

One of the initiatives under way at Alphabet / Google is a partnership with Dexcom Inc, who earlier this year announced that it would “make and sell miniature glucose monitors based on Google technology.” This taps into one of the major benefits of this healthcare disruption and the joining with IT: better patient information. According to research from the University of Illinois at Chicago, 62% of young type 1 diabetes patients asked said that an electronic log of their glucose levels and insulin use is much more fun to use, and therefore much more likely to be used, than paper to track essential information. And from a health professional’s point of view, 61% of management professionals in the same research said that patient education is a primary objective of their healthcare IT strategies.

The convergence of healthcare and IT is also proving to have some unexpected benefits. Research conducted with 189 healthcare practices in Massachusetts found that the number of malpractice claims dropped from 49 to just two following the introduction of electronic health records.

Unsurprisingly, this new healthcare / IT trend has spawned thousands of healthcare apps, with an estimated 165,000 healthcare-related apps currently available – however this is proving to be a tough market for gaining traction. According to a study by the IMS Institute for Healthcare Informatics just 36 of those apps account for almost 50% of downloads. The key to success is being able to sync to a wearable-tech device as well as with care providers’ systems. As regulation struggles to keep up with the plethora of apps being released, consumer education will remain essential to build trust and effective usage.

If you’d like our insights on marketing to healthcare consumers, please get in touch today. 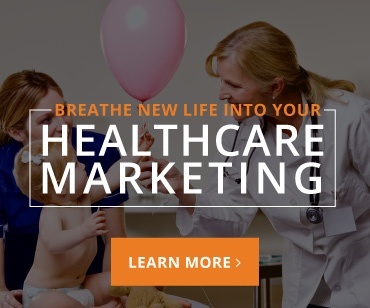