With so much in the news about the lack of diversity in the tech industries, and the long road ahead, it was fantastic this week to read the story of 12-year-old Maddie Messer who, tired of not being able to play a female character in her favorite mobile game, decided to take things into her own hands.

As covered here by NPR, this modern day tale of empowerment goes like this: Maddie is an avid player of Temple Run, a hugely popular mobile game which since launch has been downloaded a staggering one billion times. However, as with many video games, the default character is a guy, with no real option to select to play as a girl. This is the case for many video games, with female characters only being available to purchase (at an average cost of $7.53) or by amassing ‘credit’ or reaching certain levels in the game.

Picture the stereotypical gamer, many of us would conjure up an image of a teenage boy huddled in front of a screen. However this no longer holds true. According to figures from the Entertainment Software Association, teenage boys make up just 17% of the gaming population. Women over the age of 18 make up the biggest share at a massive 36%. So why aren’t they better represented in the gaming characters? It’s largely a simple matter of commerce.

Many of the mobile games are free to download, and introducing pay-to-play characters that appeal to the largest (and prepared-to-pay) demographic represents a significant revenue source. And the mobile gaming industry is big business. According to this report by Fortune.com, in 2015 mobile game revenues will overtake console games for the first time. Couple this with the latest research from eMarketer which found that US adults spend almost three hours a day on their mobile devices on non-call related activity, and it is only set to rise alongside a burgeoning gaming industry.

So back to Maddie. Undeterred by going up against a powerful industry, she did some research of her own which found that from the 50 games she looked at, just 5 offered a free female character. She then wrote an op-ed about her results and frustrations, and that got picked up and published by The Washington Post, generating huge buzz and interest from the gaming industry – not least the makers of Temple Run who will shortly be introducing a free female character by the name of.. Maddie!

A triumph for diversity, yes, but also an inspiring example of the positivity of action over thought. Here’s to an amazing 12 year old whose story should empower us all to effect change for the better in any way we can.

Finally, Happy Earth Day for next week. We hope you have a great one. 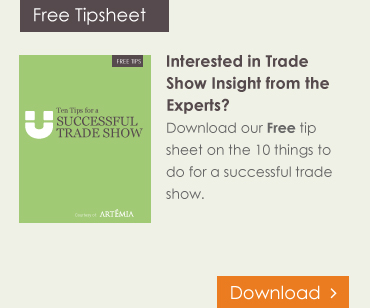