For many, Silicon Valley has become the global symbol of innovation, the home to thousands of startups operating on shoestring budgets out of apartments, lofts – and most famously – garages, in the hope of striking gold. The analogy between the first gold rush of the 19th century and the current booming digital age is one that has been often made, and with good reason. Both periods encountered significant population growth, the difference now being that San Francisco and the Bay Area are running out of space, which is having a well-publicized negative impact on rent prices: as of April 2015, the median rent in San Francisco has risen 16% year-on-year, and continues to climb.

Inevitably, this is making some entrepreneurs start to look elsewhere. If the mindset of a startup is to be innovative, boot-strapped and to ‘think different’ then it makes sense to find a location that allows for agility and lower operating costs. Mashable recently published a great report about new and emerging startups markets across the US, including Colorado, South Florida and Texas. But one location not on the Mashable list that has been increasingly in the news  is Detroit.

The city known for its manufacturing dominance and innovations at the turn of the 20th century is making great strides in rising again as a thriving hub of commerce and innovative industries. TechTown Detroit (with the no-nonsense tagline “We Mean Business”) is fittingly located in a former General Motors factory, and is currently the home to around 40 startups. With a focus on community and diversity, TechTown Detroit has created a powerful identity which to me conveys the message that its benefits to entrepreneurs go far, far beyond lower rental costs.

Added to this, one major business figure from Detroit is adding a human, almost romantic element to the attraction of the city for tech talent. Quicken Loans founder, Dan Gilbert believes a big draw will be the opportunity for people to personally influence the regeneration of Detroit and “be part of something historic.” As quoted here in this Forbes report, he says, “It’s because it’s Detroit. [People] want to become part of the Detroit story.”

From all the commentary on the growth of Detroit as a Silicon Valley alternative, the occasional drawbacks arise – Michigan winters for one, but also the lack of proximity to VCs and the impact that has on raising money. I strongly believe that as technology continues to shrink the world, we should stop viewing Detroit and other cities as alternatives, and  recognize and capitalize on this fantastic opportunity for some world-class collaborations. So as more and more success stories come out of initiatives like TechTown Detroit, I’m getting ready for a plethora of cities becoming a network of outstanding collaborators, creating a mighty TechTown USA! 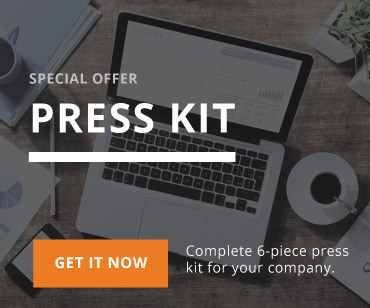