There’s nothing like the launch of a major new product from Apple to get the internet going. From weary indifference, such as this retweet of his 2011 tweet by New York Times tech writer Nick Bilton (@Nickbilton), “New Apple product X is announced. Pundits & analysts say X will fail. X breaks all previous sales records. Step. Rinse. Repeat,” to the San Francisco Chronicle’s introspective (“Why We Need Apple to Fail”) to the inevitable humorous reactions to the high price points, the announcement of the launch of the Apple Watch got them all.

For all the attention that the release of details surrounding the Apple Watch has generated, a great deal of it has focused on the price points which range from $349 for the entry-level watch to a staggering $17,000 for the 18-carat gold Apple Watch Edition. Apple has been indicating that it wants to make strides into the luxury market by procuring high-level staff from companies such as Burberry, Yves Saint Laurent and Tag Heuer. Quoting the San Francisco Chronicle again, “With those kind of prices, Apple is essentially selling a Rolex that can summon an Uber.” The comparison with Rolex raises an interesting point in terms of shelf-life. For many Apple enthusiasts, spending $10-$17K to be among the first to experience this new innovation in its most luxurious form may seem like a wise investment. But for me, that appeal would lessen if the lifespan of the product felt too limited. Either way, Apple has raised the bar aesthetically for wearable tech and I’m sure – here in the Bay Area at least – I’ll be seeing a lot of them around!

The Monday event wasn’t solely about the Apple Watch. There was some also really interesting news pertaining to mHealth. It’s been widely reported that the Apple Watch carries fewer health apps than was initially planned. For example, there will be no functionality to monitor blood pressure, stress levels and heart rate due to inconsistencies in test results. Indeed, this report from mHealthnews.com states categorically that in their opinion, Apple Watch is not an mHealth device.

That said, Apple has a potential game-changer up its sleeve in Researchkit. This is an open source software platform that is seeking to revolutionize medical research by allowing researchers to “easily create apps that take advantage of iPhone features to gather new types of data on a scale never available before.” Inevitably there are concerns about data bias, privacy violations and legal ramifications, but as an industry these are all things that mHealth faces as a whole. Despite these reservations, iPhone users have been signing up to Researchkit by the thousands. Bloomberg reported that Stanford University had over 11,000 people sign up for a cardiovascular study in less than 24 hours, when it would generally take over a year to source that amount.

Having worked in the mHealth space since its inception, I believe with a sophisticated, open-source platform and the power of Apple behind it, we could be close to a major tipping point. There’s no doubt there will be a burst of both mHealth apps and new devices because of the subsequent research findings. This is going to be a really interesting industry to watch.

If you’re in mHealth and would like to discuss your marketing and communication needs, please get in touch. 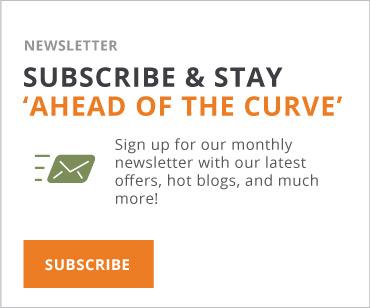