3 Examples of Great Social Media Marketing in the Healthcare Industry

Social media is now a key component in the marketing plans of the majority of companies and organizations. It is essential for any brand seeking recognition to have a digital presence on a range of social media channels. However, companies in the healthcare industry have traditionally been slow to pick up new technologies as federal regulation and other legal requirements take some time to be applied to innovative services. Especially dampening (and of critical importance) is HIPAA (Health Insurance Portability and Accountability Act), which requires the protection and confidential handling of protected health information such as the patients’ privacy.

Nonetheless, these obstacles are always eventually overcome and shouldn’t stand in the way of building engaging social strategies. Here are three examples of great social media marketing efforts currently being made in the healthcare industry.

Anne Arundel’s Medical center asked Facebook followers to post their best picture with a “Stachie,” which is a selfie with a real or fake mustache. This happened during last year’s “Movember” which is an annual event involving the growth of mustaches during the month of November to increase awareness around men’s health issues. The Stachie contest took advantage of this social media phenomenon and helped the medical center increase traffic to their webpage for Men’s Health. They also used other mediums like blogs and podcasts that further boosted participation in the campaign.

Break Dengue is a non-profit, open platform website aimed at connecting anti-dengue initiatives via a centralized hub. Other than the cause itself, the success of their campaign can be largely attributed to their great use of social media across different channels. Using several social media networks, they reached out to different audiences with information on dengue fever prevention, the latest news on the disease, and provided true stories in their blog posts from everyday people as well as healthcare professionals who have encountered dengue that are quite inspiring. On Facebook they used boosted posts to create a good base of followers and created a community of supporters, spreading the “DengueBreakers” message they developed.
More visual users were targeted using Pinterest with the help of eye-catching and informative images, while Google+ was employed for optimization of search engine results. Their Twitter account, on the other hand, was employed raise public awareness on dengue prevention, as well as to seek out key influencers worldwide to build strategic relationships with them. BreakDengue is great example of an optimized and powerful use of social media.

Cancer is one of the largest causes of death in the world. In 2012, approximately 14 million new cases were diagnosed and 8.2 million deaths were connected to the disease. Breast cancer is the most widespread form of the disease for women of the world, and also the most deadly.
In order to raise awareness about this disease, the Carilion Clinic of Virginia’s Roanoke Valley started a powerful hashtag campaign called the “Yes, Mamm” campaign. They used this hashtag to answer questions on social media and to increase traffic to their website. All of this with the goal of encouraging women to make an appointment with a specialist near them. As we all know, the sooner the cancer is detected, the better the chances of surviving it. #YESMAMM is a great example of the power of hashtags for raising awareness campaigns) and starting meaningful movements.

Of course, this list is far from complete, but healthcare companies are starting to understand the power of digital and social media presence to increase attention and awareness of their projects, causes and products. If you are a healthcare business or organization, we hope these case studies will inspire your own use of social media marketing strategies, and we at ARTEMIA will be happy to help. 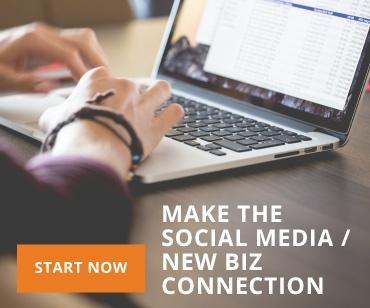